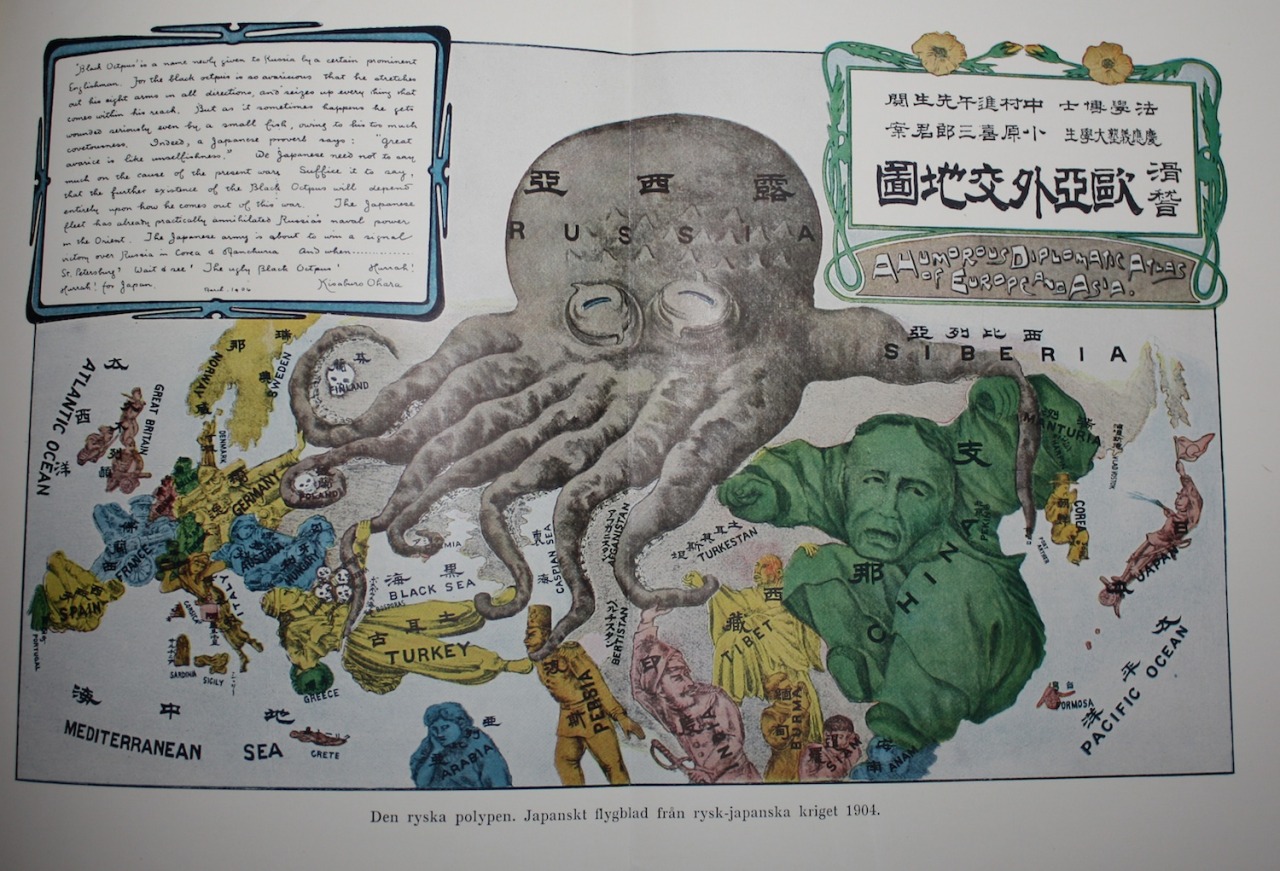 A Humorous Diplomatic Atlas of Europe and Asia 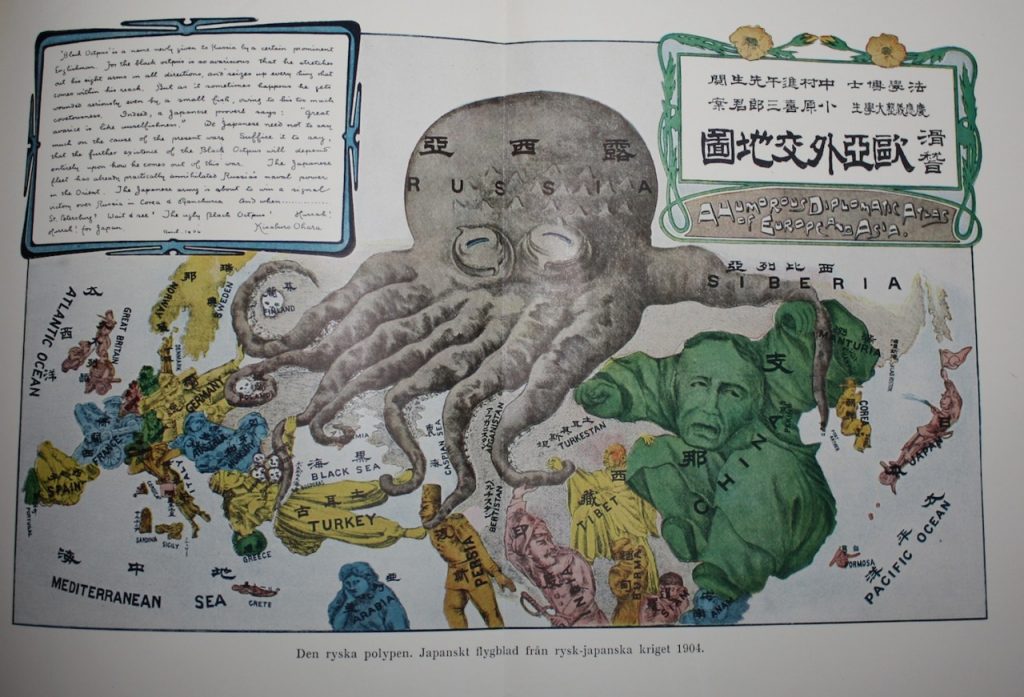 This was sent in by Johan. I think I posted a low resolution version of this a long time ago (2010); In a post on octopuses and maps. But as this is a much clearer version and shows all the wonderful details, I have no problem in reposting it.

“A Humorous Diplomatic Atlas of Europe and Asia” by Kisaburo Ohara, published March 1904 prior to the Japanese-Russian War. Based on the Serio-Comic War Map by F.W Rose (1877)6’7.

Apparently FW Rose wasn’t the originator either. There is a great post on the origins of this type of map at BigThink: 521 – Cartography’s Favourite Map Monster: the Land Octopus (2011).

“Black Octopus” is a name newly given to Russia by a certain prominent Englishman. For the black octopus is so avaricious that he stretches out his eight arms in all directions, and seizes up every thing that comes within his reach. But as it sometimes happens he gets wounded seriously even by the small fish, owing to his too much covetousness. Indeed, a Japanese proverb says: “Great avarice is like unselfishness.” We Japanese need not to say much on the cause of the present wars. Suffice it to say, that the further existence of the Black Octopus will depend entirely upon how he comes out of this war. The Japanese fleet has already practically annihilated Russia’s naval peer in the Orient. The Japanese army is about to win a signal victory over Russia in Corea & Manchuria And when………….. St Petersburg? Wait & see! The ugly Black Octopus! Hurrah Hurrah! for Japan.