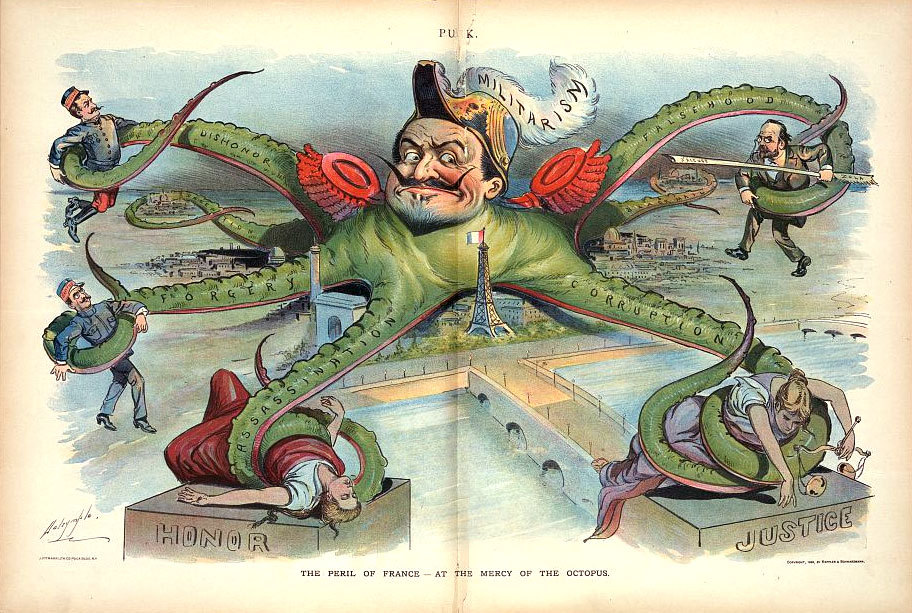 The Peril of France

The cartoon refers to the Dreyfus Affair, and to the corruption, deception and anti-semitism of the French Military at the time. It was published before the retrial of Alfred Dreyfus in 1899, but after the open letter ‘J’accuse’ by Émile Zola, published in January of 1898.

Print shows an octopus with the head of a French military officer (which may represent General Boisdeffre or General Gonse) wearing a plumed hat labeled “Militarism”, that has settled over Paris, France, with its tentacles extending in all directions and are labeled “Deception, Dishonor, Forgery, Assassination, Corruption, Falsehood, [and] Blackmail”; caught in their grasp are military officers Georges “Picquart” and Alfred “Dreyfus”, two female figures labeled “Honor” and “Justice”, and the author Émile “Zola” holding a quill pen labeled “J’Accuse”.