The Curse of California 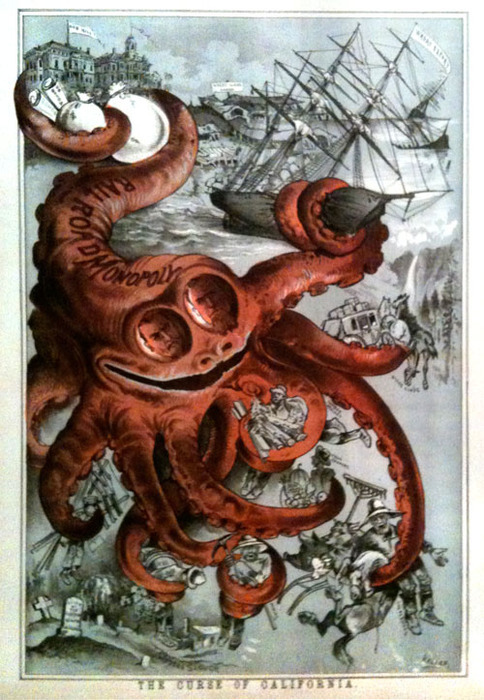 This is only a quick overview for now.

“Somewhere from within the blank mugs of those railroad barons (or in spite of them) projects the image of the modern faceless corporation… the behemoth, unique, beyond the limit, extension of man.” – Eva’s Outlaws: Californian Train Robbers, “Railroad Monopoly as The Octopus”, published 30th of April 2009. 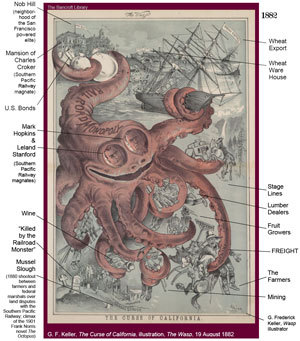 The text below and accompanying image (external link) is from: National Humanities Center, “The Image of the Octopus, six drawings, 1882-1909” (PDF).

“Killed by the Railroad Monster”

Mussel Slough: 1880 shoot out between farmers and federal marshals overland disputes with the Southern Pacific Railway; climax of the 1901 Frank Norris novel The Octopus.