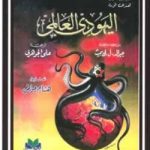 2001 edition of the International Jew 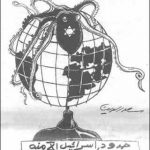 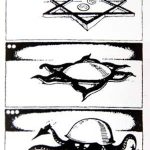 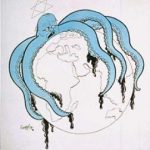 Octopus as an anti-semitic symbol?

In April 20071 there was a furore over the depiction of New York mayor Michael Bloomberg as an octopus on cover of America’s 1st Freedom: a National Rifle Association (NRA) magazine. The octopus was seen an antisemitic symbol, and as an attack on the mayors Jewish heritage.

The NRA cartoon was a response to the perception that the mayor was extending ‘his reach, and his illegal anti-gun tactics, across America’2: classic octopus and its interfering tentacles. So in this case it was unlikely that any antisemitic feeling was intended.

But can the octopus be an anti-Semitic symbol? Yes and no. The following is a bit tautologous, but please bear with me. It is not anti-semitic as the octopus is so widely used as a metaphor for any organisations or governments that it just cannot be3 as the motif is too general. But, at the same time, that is also why it can be considered anti-semitic: when the belief that there is a Jewish conspiracy –  i.e. Protocols of the Elders of Zion and ilk – and that is the organisation represented and that has its interfering tentacles/arms around the world. Then, yes, in my opinion it can be considered anti-semitic symbol.

I think it comes down to judging each political cartoon on it own merits, and in context. Criticising Israeli policy is not anti-semitic. Anti-semitism is claiming there is a Jewish octopus out to take over the world. For example: I don’t think either the Chegodayev (2002) nor the Starvo (2001) cartoon – taken on it own merits4 – is anti-semitic, however, the octopuses that bear the Star of David that appear in the Seppla (~1939) cartoon, and on the cover of the “International Jew” (2001) are anti-semitic. The cartoons need to be considered in context of where they appear and when they were produced.